The Day I lost my Home🗯

Email between friends regarding my status

This was to be the first semester of my graduate education in English. I had just completed 19 winter session credits across five universities in New York State. After this last semester with my friends still students at Binghamton, i would enter into a JD law school program elsewhere. The day my friend Sean packed up his room and moved back home, I got the email from the graduate school saying I was rejected from the masters program. I still remember printing out my transcript in progress and reviewing it with Sean before he walked out the door to leave for New York City. I was in shock, tired, slightly manic, and very angry.

My apartment-mate had returned to our apartment with the common space in turmoil. I had moved my computer and entire work station into the living room where I had been completing my winter session, largely awake, and glued to the chair for days on end. There, until the inhuman workload was completed, I was awake and typing for four weeks and nights to do what SUNY had banned out of concern for students health. Most universities have a cap on winter credits, and at Binghamton the number was four. Needing to get into graduate school one semester early, I figured out I could do six courses online and then transfer the grades and credits in electronically via the SUNY system.

But my friend wanted no part of the dysfunction. Most days he spent in his room working and in the evenings, would join me for television in the common room. As the semester progressed, I was spinning out. By the time I was arrested by the department for loitering, my apartment mate and I were not communicating. I suspect my behavior was increasingly bizarre and strange, and it must have been hard to speak with me productively like he had been accustomed to for the last four years. Either way, when I was called in for mandatory evaluation by the school to determine if I was safe to continue as a student, I was already so paranoid I was afraid of my apartment mate too. While I passed the exam, my apartment mate imparted his last words of wisdom on my situation to my parents who can up to support the evaluation process. His words landed on deaf ears, as whatever he told my parents I dismissed out of paranoia and out of anger that our relationship feel apart at the very moment I needed help.

It was at this time my mental status was in free fall. I became so paranoid that one night while I was on my computer I thought i discovered that my apartment mate was on my account impersonating me to my friends. I was furious. I walked into the common room, picked up a chair, and threw it against his wall yelling: “coward!” Given the situation in the apartment had decompensated so much, I went home to visit my parents one last time (this would be the last time I was in my families home until after my future discharge from the hospital) I remember being so manic that I took frequent showers and in the process of tryin to self-soothe, I broke the hand bar in the shower getting up. After getting out of the shower, my parents told me my apartment mate had called them. He told them he was afraid of me, felt I might poison him, or just plainly hurt him in an uncontrolled rage. I was even more furious and soon, very sad. I listened to music all night about abandonment, loss, and connection, playing Fleetwood Mac the chain ad infinitum.

When I returned back to the apartment, I hid in my room. Now seriously afraid of him, I began playing movie clips citing lines from the script I felt applied to the situation in the apartment. He didn’t hear it or maybe there was nothing cogent or lucid enough to hear or that made sense to someone who wasn’t self-referential and manic. Either way, I began cleaning out my stuff and packing it in my car. I remember changing the garbage cans and forgetting I was peeing in them when I didn’t feel like walking to the bathroom. As I tried cleaning up, streaks of urine covered the floor. I remember looking at my wall of pictures, and making the decision to leave them up. I was hurt. I would also later get the pictures back from a friend who collected them after my departure. I went to bed one last time after packing and woke up to the song, “Good Riddance” by Green-day that my roommate selected for my departure as I walked out the apartment never to return.

“Another turning point, a fork stuck in the road
Time grabs you by the wrist, directs you where to go

So make the best of this test, and don’t ask why
It’s not a question, but a lesson learned in time…” 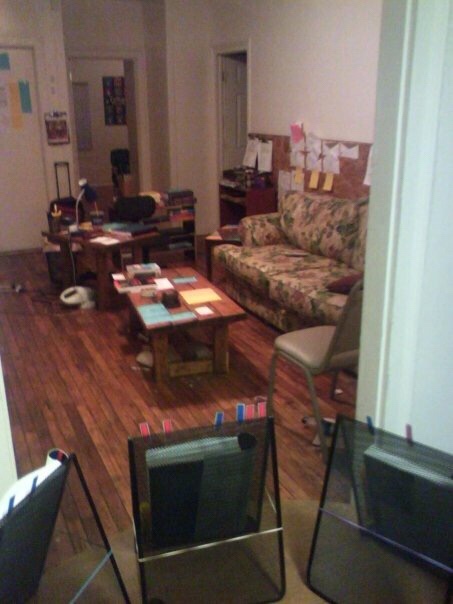 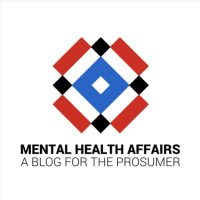 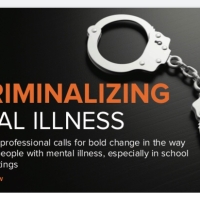 Max’s battle with schizophrenia began at Binghamton University in his last semester of college. Max was discharged from Greater Binghamton State Hospital Center in July of 2008, after spending six months there. His recovery was swift, but not painless, and certainly difficult. Max refers to his stance on recovery in his journal articles as “Too big to fail.” No obstacle too big, no feat out of reach, Max let nothing stop him in his path to recovery and healing. While Max’s symptoms began during his last semester, he successfully graduated from college, and his diploma was waiting for him at home after his discharge from the hospital. On one of the newest intramuscular injections (IM) available, and after learning the true meaning of adherence, Max later went on to publish articles about the use of injectable medications to overcome his own symptoms. Through paranoia, hallucinations, and other symptoms of schizophrenia, Max didn’t let anything stop him from his return to academia, and writing. In his childhood, Max was a lover of language. When schizophrenia tried to rob him of his academic ability, Max fought back. With the use of medications and therapy, he finally regained his ability to communicate and to pursue his passions and dreams for higher education. Through his work as a social worker, therapist, and disability rights advocate, Max fights for those without a voice in the system. He seeks to help those who are struggling with schizophrenia and other mental illnesses not just achieve stabilization but thrive. Max is relentless in his passion for helping people who find themselves vulnerable, and those without the ability to care for themselves. Today, Max teaches social work students at Fordham University to be leaders in their practice. Max is the author of University on Watch: Crisis in the Academy, which he published under the pen name J. Peters in 2019. Max writes on his lived experience, and also brings his story into his work. Max blogs daily on his site mentalhealthaffairs.blog and for other sites around the United States and Europe, bringing his passion for mental health to consumers everywhere.

University on Watch: Crisis in the Academy HARD COVER

In University on Watch, author J Peters chronicles his story in an academic environment where he struggled with his deteriorating situation as a student and mental health condition.

A Final Solution to the Mental Health Crisis

Reducing the stigma around mental health

mental illness, philosophy, depth psychology, life, the universe and everything

A daily selection of the best content published on WordPress, collected for you by humans who love to read.

The Art and Craft of Blogging

The latest news on WordPress.com and the WordPress community.

A Final Solution to the Mental Health Crisis

Reducing the stigma around mental health

mental illness, philosophy, depth psychology, life, the universe and everything

A daily selection of the best content published on WordPress, collected for you by humans who love to read.

The Art and Craft of Blogging

The latest news on WordPress.com and the WordPress community.