February is here, January has gone, and we are only a month into 2021

Photo by Ono Kosuki on Pexels.com

Photo by Laura James on Pexels.com

Photo by Laura James on Pexels.com

Photo by Charlotte May on Pexels.com

Most of us have been affected one way or another by COVID19. Too many suffered, too many died. As of this writing, there are two vaccines and reasons for optimism that 2021 will be better. Yes, there will be some significant changes, but will any be good enough to excite our interests or make our lives better to put us in a positive frame of mind and put us on the long and winding road.

No, neither of the Beatles roads, Abbey. Road or the Long and Winding Road. Not the yellow brick road from the Wizard Of Oz. How about another couple rounds of stimulus money, so more people can buy food and medicine. MEDICARE FOR ALL. It is for our ROAD TO SUCCESS. Yes, our road to success!

Eight days and eight nights of Chanukah have now come and gone. Did Jewish People, get their gifts? Probably not, too much struggle in many places around the world. In many of the windows were pretty menorahs shining in the night. Many evenings, I smelled the latkes (potato pancakes) fried on the stove. In the ovens were turkeys not quite ready to be carved. While the kids were playing dreidels and singing CHANUKAH SONGS in three different languages, English, Hebrew, and Yiddish.

Is 2021 going to be good or bad? Success and failure are different for each of us, but we do strive for the former. Despite his valiant efforts, President Trump lost the November elections. Now, some individuals in this congress still want to impeach him, but it is not necessary.

The successor, Joseph Biden, was recently inaugurated on January 20, 2021, as the 46th President of the United States, and shortly before, Senator Kamala Harris, from California, was sworn in and became our next Vice-President. Sen. Harris made history as the first Black  Asian Female Vice-President of the United States. Is this a good change or not? Only time will tell.

My preference is to stay positive and reflect. Although I do not want the snow, I did my best to accept it when it fell from the sky. That moment, I decided to gaze outside the open window and felt the snow as it glistened on my unprotected hand and sometimes reaching out to grab a few to make little snowmen for others to witness. Meanwhile, I heard a stereo playing CHRISTMAS CAROLS for anyone to sing, dance, or just and enjoy from another home.

There were plenty of trees, all decorated with shiny ornaments in red and green, yellow and blue to make the night bright. While others were watching a variety of classic holiday movies like “A Christmas Carol” or “Home Alone” or “Christmas Story.” Also, in the air, I could smell turkeys roasting, hams glazing, biscuits frying, and an array of desserts baking, all emitting odors from the assortment of kitchens.

Partially awakening from my daydream of holidays past, I focused on February and issues of now. Minutes later again, I started thinking or dreaming about some of my holidays with my significant other, Maureen, who died on Friday, June 12, 2015. On December 11, we would have been married for 15 years. When I thought about her here and elsewhere, I only imagined how my life would have been different. Sweetie, I love you, I miss you, and I still wish you were beside me here.

SEE YOU IN THE NEWS BLOGS.

Editors Note: Mental Health Affairs does not endorse any political party. This blog entry is an example of how politics and uncertainty impact mental health and anxiety. Mental Health Affairs’ official stance is politics, as a subject, generally externalizes personal issues and distances people from finding solutions to their problems. We encourage practitioners and people to get the heart of their problems and discuss them without using politics as a crutch to defer real self-examination and reflection. 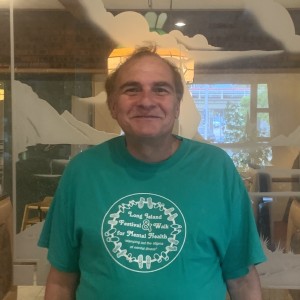