Gross Violence Against People with a Mental Health diagnosis in Brazil

On June 17, 2021, in Brazil, Police invaded a home and, with three shots, killed Hamilton Cesar Lima Bandeira, a 23 years old young man with a history of intellectual disabilities.

According to his mother: ‘the police, after killing Hamilton Cesar with the three shots, police officers dragged his body by the legs and arms threw his body in the car by bruising his face”. Then, in their car, they “played in the vehicle with his dead body like if it were an animal’, says the mother.

Hamilton, Another Victim of Violence

Hamilton Cesar  Lima Bandera is one of many victims of police brutality in the State of Maranhao. The victim suffered from the ongoing mistreatment of his psychological disorder.

The victim was executed alongside his elderly grandfather Mr. Placido Ribeiro, a 99 years old man.

Twenty-three years Old Hamilton Cesar Bandeira was brutally killed by three police in the Village of Columbia nearby President Dutra, a municipality of Maranhão State, for posting an image on Instagram allegedly exalting Lázaro Barbosa, a criminal wanted from the state of Goiás for five murders.

Three shots killed young Hamilton. In the first shot, he fell looking up to his elderly grandfather and said, dad; “it hurt.” The young man was well known in the community as an amusing person.

The mother of the victim, Ms. Ana Maria Lima Dias, defined the killing of her son as the most heinous and cruel act done by the police. Hamilton was killed Thursday afternoon on June 17, 2021. He was shot three times by so-called well-trained and well-armed police officers.

The victim lived with his 99-year-old grandfather. The victim’s mother says that the assassination of her son inside the home was an act of cruelty. They were cruel. she says

‘he never hurt anyone. They killed him in front of a 99-year-old man,” the mother says to local newspaper the Bridge reporter (Ponte.)

Hamilton Cesar Bandera had an intellectual developmental delay disability. He was not taking his medication because the family could not get the prescription for him. His family says that the young man became a target to President Dutra’s police after posting an image on the Instagram social network in which it was written: “you are my idol, Lázaro. Good luck, Lázaro”. Lázaro Barbosa was the 32 years old wanted killer in the state of Goias under suspicion of having killed at least five people in that state. On June 5th, the victims were a couple and two children.

Hamilton was a young adult, but because of his intellectual disability, he had the mind of a 12 years old child. Hamilton’s mother stated that her son had “never killed, never stole,  never raped, just because he posted these things on the Internet they assassinated him.”  She said that she had the documentation to prove that he has a mental behavior disorder.

Three days before Hamilton Cesar was killed by the Civil Police, according to Hamilton’s mother, the young man tried to get the medication he used to take to treat his condition. The Mother says that even a social worker paid a visit to them to guide them. However, unfortunately, he was killed before he could get the help he needed.

Hamilton Cesar got killed before he could get the prescription drug he needed to treat his condition.  Ana Maria, the mother’s victim, tells the Bridger local news that her son made lunch for his elderly 99 years old grandfather, whom he lived with, said to the blogger, “I was not there. I found out through a call from my neighbor”. She mentioned that Ana was killed that morning before the young man.

He played ball with the neighbor’s children. Around 11 am, he went home to shower and do house chores, cleaned the house, washed the dishes, had lunch, and gave lunch to his grandfather, whom he said he would take a rest” after lunch. While Hamilton was lying down in bed, his grandfather was sitting down to eat. Hamilton’s grandfather was surprised by the arrival of three police officers. After arriving, the victim’s mother stated that the city police officer after if there was anyone else in the house. Hamilton’s grandfather got up from his chair and said, ‘it is just my grandson and me.’

Hearing that there were visitors in the living room, Hamilton got out of his bed and opened the curtain [there is not a door in his bedroom] without warning and being able to say anything. He was shot three times in a row without even having me say something or defend himself.

By the third shot, Hamilton fell while telling his grandfather [whom he called Dad]: “Dad, it hurts too much!” “The police grabbed him by his legs and arms and threw him in the car like throwing an animal.

He even hurt his face because he hit the car’s irons. They took him to a nearby hospital, but he was already dead. [President Dutra’s Regional Emergency and Emergency Hospital] The victim’s mother said,”. Ana Maria Hamilton‘s mother was at work when she heard about her son’s demise. She went to the hospital and then went to the Civil Police station in President Dutra. She tried to register a police report with the relatives’ version of what happened to her son inside her house. Still, delegate César Ferro, according to his mother, refused to register the document.

To justify the killing of a defenseless person, the police‘s local supervisor told the victim’s mother that Hamilton was guilty he was “caught in the act.”  The same person, the local sheriff, Refused to document the unfortunate event of her son’s death. Not satisfied with the justification For the young man’s killing, the local sheriff gave Hamilton’s mother the excuse that her son went after his men with a knife. The question is, how a person with no combat training laid down in bed goes after three heavily armed and well-trained police officers with a knife can?

The mother’s victim asked the local sheriff if he knew that the young man killed inside her house was a person with a history of mental health behavior. This person was without his medication to treat his condition. When the police heard this, the police chief became dead silent.  According to the victim’s mother, the local sheriff did not show the alleged knife or weapon to the family, nor did he provide any arrest warrant or search and seizure warrant that would justify the civil police officers going inside the family’s house.

According to the mother, to increase the nature of the gruesome crime against a defenseless person, Hamilton’s body was quickly removed from the crime scene, our better say from inside the house with no forensics done, according to the boy’s mother. “They didn’t send anyone to carry out the investigation. They ordered other police officers to remove the shells from the weapons. They didn’t give me the death certificate.”

According to Ana Maria’s understanding, Hamilton should have been sent to the police station and not executed inside his own home in front of his elderly grandfather. “They should have arrived at the victim’s home, with a warrant for arrest, and taken to the police station.  She says, why can’t my child have his defense? Where is the murder weapon? Where’s the knife? What was the catch? To be playing with your cell phone in bed?” asked Hamilton’s mother.

According to the Bridge, the local blogger and local news sought to speak with the Civil Police through the Department of Public Security of Maranhao, state. Still, they did not get any answers about Hamilton’s death before the publication of this report.

The Bridge sent the following question to the police station and  the Civil Police of Maranhão:

Win giving the voice to the voiceless, my  question is, why did  the police have to shoot the young man three times?

Who are the police officers who shot the victim?

What are the anonymous allegations against Hamilton?

Why is the State not seeking justice for Hamilton?

Why did the deputy refuse to file a police report with the family’s version of Hamilton’s death?

If was a justified killing like they tried to say it was why the local sheriff César Ferro disagreed on an interview with the Bridge?

Giving voices to the Voiceless is honoring the memory of Hamilton Cesar Bandera. He was killed in cold blood inside his home on 6/17/2021 by the three police officers of the State of Maranhao, Brazil. Rest in Peace. Your memory will live on those who love you. 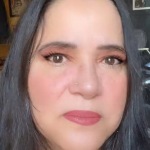