Like most women in their twenties, I downloaded a dating app over the summer. All my friends were raving about them and the dates they had gone on from it. Even a miraculous few started dating someone from one of the many dating apps available. With this in my face and the still very harsh reality of covid-19, it seemed like meeting people virtually was the way to go. Or really, it was modern dating and I could either get on board or be single forever. So, with the help of my friends, I put together the perfect profile: just the right amount of solo and group photos with insightful prompts that made me seem outgoing yet laid-back. A lot of thought goes into these profiles, I soon learned. And for an over-thinker, I wouldn’t say I liked this.

Once I had my profile perfected, I began swiping. It was a little odd to practically “accept” or “decline” strangers, but it was also entertaining to see who was out there and who was interested in me.

However, after a while, the appeal of these apps seemed to fade. Messaging so many people at once became overwhelming and triggered me to shut down or “ghost” these people even if I genuinely enjoyed talking to them.

I realized quickly that I could not focus on more than a few people at a time. The guilt I felt with ghosting grew but on the other hand, I was no stranger to being ghosted myself on these apps. Some people would just completely stop replying after what seemed to be a great conversation. Others would simply objectify your profile, and it made it more evident than ever that the first thing I was judged on were my looks. This realization made me feel uncomfortable with putting myself out there. How can anyone know someone by a quick scan of a profile? I also became disgusted with how I was judging the men on these applications, because the reality is, if I met some of these people in person, I would probably like them. But when you see a few photos and usually ones of men fishing, you make fast judgments that are not always accurate.

I found my self-esteem and body issues being triggered the longer I was on these apps and chatting with different people. I kept thinking in my head, “will they think I am a catfish when we meet?”, worried that I wasn’t as pretty as my photos showed. I would often write people off when scrolling if I thought they were out of my league, thinking there is no way they would match with me, let alone date me! The fast-scrolling soon became addictive. As much as I grew to dislike the apps, I liked the self-validation I was receiving even if a part of me didn’t believe it was sincere. I became hyper-focused on my looks and crafting the perfect messages, allowing my anxiety to spiral. When things progressed to giving out my phone number or setting up a date, my anxiety was almost unbearable. I knew I needed to take a break and truly cut off dating apps, but I felt compelled to keep using them because everyone else was and what if I missed out on a connection?

When I did go on dates, I was proud of myself for putting myself out there and overcoming my social anxiety. Often, the anxiety eased as I met the person face-to-face and it made me enjoy dating in my twenties. Because dating should be about meeting all kinds of people and figuring out what you like and don’t like. And surely, these dating apps like Bumble or Hinge were giving me a chance to meet guys I wouldn’t due to the pandemic. Yet, a stressor that was often triggered on dates that just didn’t work out was having to tell someone that. As a person who despises confrontation, the “I don’t feel a romantic connection” texts made me uneasy. I never want to hurt or offend someone. And as someone who has been on the other end of these types of texts, I know how they can dig at your self-esteem. The problem with meeting someone off an app is that you do not always know how they will be in-person until that first date. It is not as organic as meeting someone at a bar or from a friend. You are basically betting on a stranger and then when you meet them and there’s no connection, it feels disappointing and like you are back at square one.

I have had several friends that have sworn off apps like Hinge as it made them constantly second-guess their self-worth especially when they were getting ghosted. And studies prove these negative consequences, finding, “Social anxiety and depression symptoms were positively associated with the extent of participants’ dating app use.” Dating sites typically increase feelings of loneliness and can damage mental health due to constant rejection or deceit from individuals that lie on their profile. Research even found that Tinder users struggled with more mental health issues than non-users. Swipe-based dating applications in specific are associated with higher reports of depression, anxiety, and distress.

Being a young woman on a few of these apps, I have experienced my fair share of misogyny.

From certain language, men use to tell me I’m “not like most girls,” I am constantly reminded of my womanhood and the toxic masculinity still in society. Sometimes it feels like men think my profile is solely for their gaze when really, it is for me to learn how to confidently put myself out there and embrace myself for all I am. But, it can be hard to do that when you struggle with mental health issues and face rejection, inappropriate comments, ghosting, and comparison.

While there are positives of these apps too, and many have found great, long-lasting relationships, we mustn’t dismiss the mental toll they can take on people. These apps aren’t for everyone, and that is ok. It shouldn’t be normal to be talking to fifty people at a time and expect a genuine connection to bloom. And there is nothing wrong with you if you do not find the “one” on Bumble as your roommate did! Most of these apps are designed to stay on them as long as possible. 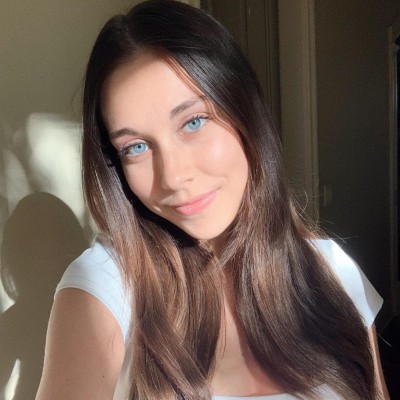