Those of us with mental illness know full well that there are many challenges required of us. Acquiring and maintaining stable housing is one of the biggest challenges of them all. With a complicated condition, the healing journey can be difficult and even more dangerous without stable housing.

My mental health housing system was strenuous and trying throughout and during the tenure of time, healing from a brain injury and schizoaffective illness living wasn’t exactly a cakewalk. My dual diagnoses presented unexpected challenges that created multiple obstacles to living independently without incident.

To live the way I wanted was viewed as impossible by the ‘higher-ups’ and powers in charge at my prior mental health living residences. It was hard to show my strengths and how resilient I was despite my illnesses. Thinking back, I have to ask: why did it take over 12 years to transfer me from continuing inpatient hospital care to private living? Seems like a long time to wait for living in a residential neighborhood of my choice?

I must stress that I am thankful for the skills I picked up along the mental health system. From self-management skills in hospitals and supervised living residences, I relearned how to be more independent. At one point, it seemed like a stretch to my case managers at the group home to move me to apartment care. They opened my eyes to things I never knew that I was doing to interfere with that goal. We all needed a lot of patience exhibited at certain times to learn how to get closer to my destination without further setbacks.

On the other hand, I am not thankful for how the mental health system delegitimized my goals for independence. It’s one thing to be instructive or ‘directive’ about following instructions and recommendations for self-care, but it’s another thing altogether to underestimate a client’s intelligence.

A primary goal of mine at the state hospital in 2008 was to make something of myself after all that I had been through. After a self-harm episode left me in a six-week-long coma with a subsequent frontal lobe traumatic brain injury, I was lucky to have an exceptional neuropsychologist who inspired me to show the world my mettle.

This yearning Paid off: By 2017, I had earned two scholarships and had maintained my position as a group facilitator at the state hospital for four years. This achievement started in 2009 when I went through an educational training program and continued my SUNY studies.

However, recovering from frontal lobe traumatic head injury with lots of stimulation in subsequent group residences was a difficult task indeed. Thankfully, I maintained the same residential housing for seven years after my discharge from the hospital.

It was the transition into apartment living that threw me for a loop. The continuation of care across all levels was indeed a challenge for the case managers and me.

Some symptoms of TBI plus schizoaffective came out more frequently at the apartment level. Two episodes created a significant problem for me. They led to a supportive apartment arrangement through SPOA (single point of access), resulting in a two-week-long stay at a motel between residences.

For most of my time at the group home level, my positive symptoms were generally under control. Yet, due to the increased stress at the supervised apartment level, positive signs made the worst appearance they had since my hospital stays ten years prior.

Because of these sudden episodes, I believe there was a lack of communication across all levels of care in hindsight. The transition could have gone smoother. One thing that would have helped would have been a greater acknowledgment of my favorable traits by case managers. Also, my counselor at my treatment agency could have helped me mentally prepare amidst everything I was involved in. The road ahead would mean Consecutive scholarships, orientation for Roswell Park Cancer Institute, and group facilitation at the state psychiatric hospital, amongst my move.

Yet, I think it’s common practice for treatment providers to delegitimize patients and clients, unfortunately, because of this. I had a tough time In the 2.5 years spanning group home to my current neighborhood apartment. I am thankful; meanwhile, I now in my independent apartment, and I know I had to get here in one way or another. If I had stayed at the group home level, I would have felt cheated out of my destiny. This conflict may have created worse problems down the line than what I have already described.

Since I understand my dual conditions complicate my level of functioning, I feel very fortunate to be where I am now.. Since there is little outside stimulation in this arrangement than there was at the congregate care, there’s been practically no issues that can’t be resolved without my treatment agency or my landlord. There have been very few problems here.

I am Also thankful for a hospital diversion program at my treatment agency that allows for phone communications throughout the pandemic. They were instrumental in my transition from a treatment apartment to a residential apartment.

Some things worked out well for me. Other experiences could have worked out with less incident. The overriding theme is that communication could have been better across different levels of care coordination. Especially since I experienced significant trauma that not even my counselor considered until I made clear it was a real issue.

I know that with an in-tune trauma-sensitive approach executed with more respect, the transition would have been better, and some incidents would have never happened in the first place. Mental illness is a thing, but better communication will ease its effects across all mental health care systems. 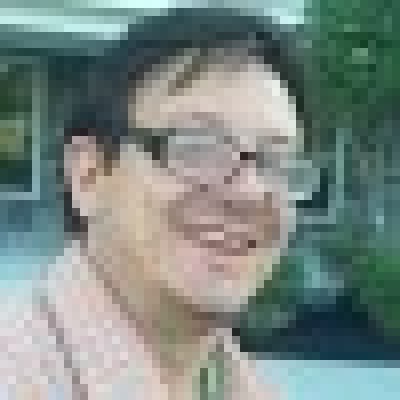 I believe in self-determination

Patients are triggered by treatment providers without empathy