Unfortunately, I experience mental relapses constantly. Sometimes this occurs as a result of allowing the outside environment to pierce into my spirit and mind. Sometimes the setbacks happen when I’m confronted with a lot of unpleasant news. Sometimes it happens when the outside environment forces or bullies its way into my personal or when I’m trying to focus on other things. Sometimes, problems surface when unresolved traumatic events flash in my mind and create a continuous internal struggle.

I must admit how difficult it has been for me to stay mentally sane. My sanity is constantly being challenged. I am connected to government agencies that provide weekly and monthly entitlements. These agencies, seemingly, out of the woodwork, either put a hold on my benefits or want me to pay back past benefits. These disruptions to my income occur for an array of different reasons, almost all of them without merit.

Unfortunately, many of these agencies have little to no empathy towards entitlement beneficiaries. They make it nearly impossible for patrons to call them to file appeals and settle reductions, breaks, and discontinuations of entitlements. Phone lines are oftentimes busy. Callers typically must leave voice messages, experience long wait times, and even get hung up after waiting for long periods of time. Without a strong support team, many people simply give up, accept the fates that the status quo throws at them, and/or go into complete emotional distress. Many turn to self-medicating, self-harm and other means of coping that can have negative consequences on them.

I personally have experienced bouts of anger, mania, and depression, as a result of people belittling my ability to handle my own affairs. These so-called supporters have their own expectations of me, have their own agenda, and remind me that the system doesn’t care about me.

Sometimes, I think my profession is meaningless. People in my profession are constantly using me. They make me feel as though I should just quit and retire, and are constantly out to frustrate me and take all that I have. A few have gone as far as to try to take control of my entire life.

People have no acknowledgment or gratitude for anything that I have done for them. What I have done seems not to be enough. I have little to no privacy.

I have little to no privacy in my home. My life has become an open book. He tells others that what he’s doing is ok because “we’re married” and “what’s mine is his,” even though he rejected the idea of marrying me multiple times. God forbid that I get angry because that will raise my pulse rate, even though my pulse rate readings (surprisingly) are in the normal range.

There seems to be only room for one person in the house who can be angry or cynical…and that person isn’t me. If I don’t obey him or do as I’m told right at a certain moment, he threatens to have me committed to a hospital…the same tactic that many mental health housing program providers use on their clients to force them to comply.

When I’m around him, I have no voice. I’m to be seen and not heard. If I need to deal with certain situations like folks acting up while I’m facilitating Zoom rooms for work or must appear for legal proceedings, he steps in and tries to settle things his way, leaving me almost completely outside the situations as though they’re not happening to me.

He constantly lies to others to keep his true personality away from them, pretending that all things are good at home when things at home are more chaotic and unstable than he is leading on. If things don’t go his way, he goes out of his way to calculate and carry out revenge against those people he feels are in his way. Sometimes his methods nearly cross the line into criminal acts.

A baby, a coward, and a bully all wrapped up into one person. He trusts no one. He is in a state of constant paranoia and expects me to act in similar ways. Sometimes he tries to cut me off from my family and friends, especially when he’s “sick.” To him, I’m sick when I want to go out but not when he has stuff for me to do. His way of asking me for stuff or to do stuff goes something like “do you feel like…”, “I want you to…”, or “can you get me…”. He claims to not remember anything I say, constantly asking me questions that I answered previous times. These actions have caused opportunities I have been given or at least given a chance to slip away.

Many times, I have questioned whether I’m a good person or not because I’m not meeting his expectations. As far as I’m concerned, he will always be superior to me. I will never be equal to him in any way. He will never be happy as long as I’m with him. No matter how hard I try to support and take care of him.

As exhausting this fight seems to me, my approach to relapse is grace. Grace can be like the serenity prayer I first learned through drug rehab. Grace can also just say “I didn’t fail” but take a break to remove some things to make room for the things I need to get the “car” moving again. I created a quote with a car theme: “I may have to stop driving my car for a little while, but it doesn’t mean I have to get out of the car.” I try to speak grace to myself as much as possible, and I try to speak grace to others as much as possible.

My therapist has been encouraging me to both sit in my discomfort and to talk things out. I feel it’s important to deal with the distresses as they come and not marinate in them, especially for a longer length of time. To me, the key is not to pressure myself or others. But to include a plan to return to my desired life with modifications. 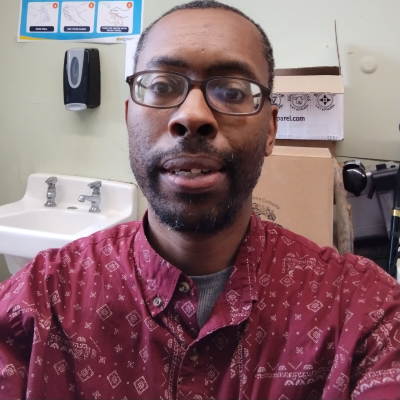