Solid Ground and the Rescue Line

Peer specialists risk getting bit in the ass. If it is not the illness, it is the people we are supposed to be helping. How much do we disclose to them? What is the limit on honesty and openness?

I disclosed early on in my career. I just could not be bothered hiding the fact that I was just as “out there” as the people I helped. The difference was that I had gone through training and learned how to live with the “normals”. I knew how to talk with them. I competed with them on their academic turf. In short, I straddled both worlds. They were sometimes howling in the hospitals, other times having drinks and finger food with the boss.

My first time having my diagnosis shoved in my face was with a woman in one of my groups.

Peer workers work in two dimensions. On the one hand, peers get paid to use their experience effectively with the clients. On the other hand, they go home to live somewhat marginalized and jeopardized by the illness. If not correctly put in its place, the insidious, dangerous condition threatens to wreak havoc with hard-won economic, social, and psychological gains.

I supervised peer interns from Howie the Harp. For the most part, they were terrific. I met my match, however, in a wild little devil that insisted on reporting me as unfit because I had told her to comb her hair and button her shirt. Luckily, the staff had my back.

I had had enough. The next intern insisted on going over my head to the director and workers she considered more competent because they weren’t peers like I was. So I went offline and waited for her internship out in the psych spa. I came back when she was gone and told my director I was through supervising peer interns. I knew my limits.

Peer workers are people who somehow pull themselves out of a hole. Now they stand on solid ground and throw a rescue line down into the abyss. Jealousy, resentment, and rage get in the way.

No matter. It is a crazy happy day in the neighborhood, and no one is going to mess with my high! 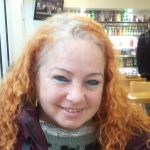 Ember Manos Belle is a ‘Systems Advocate’ and Behavioral Health Therapist in the NYC area. Ember is the author of Climbing Towards November (2009), and Pause in the Western Rhythm (2019).