I entered the mental health profession as a peer specialist in 2014. For six years, I worked at a housing agency in Queens, which provided various housing levels for folks with mental illness disabilities. My branch offered scattered-site housing, where residents lived in apartments in the community while receiving intensive case management services. My job was to connect with people, “warming up” the cold experience that typically accompanies “receiving services.”

I love this work. It gives me fuel for getting involved in advocacy within New York City. I joined a few peer committees and attended many peer steering group meetings within the NYC Department of Health and Mental Hygiene (DOH-MH). I became so inspired that I completed a master’s in social work (MSW) degree while also working full-time. This entire time, providers were forced to take a dangerously high dose of medication, which caused me to sleep at least 11 hours a day. Yet, I refused to believe naysayers who told me to “take it easy.” I got that damned degree, and now I have greater professional freedom.

Yet despite my LMSW license, I will forever embrace my peer status. It is a source of pride, and it encourages me to remain vigilant of my health. In my clinical work, ‘peerness’ also empowers me with compassion, where I sincerely care about the people I serve.

But throughout my journey as a mental health professional, I’ve faced an existential quandary: I have mental distress experiences, and now I’m working in the system. Am I a suitable person to offer care to people? I often experience countertransference, where clients remind me of my own experiences of being in the psychiatric system. Social workers fully accept countertransference as a professional challenge. I am now wondering, is my counter-transference version unacceptable?

Regardless of whether I work as a peer or a clinician, I always perceive myself as equal to the person I am serving. Of course, this idea needs not be verbalized. But instead, it is an internal perspective I adopt. And this principle has served me well! When I left the housing agency where I worked as a peer for six years, I realize that my former clients feel like family. And I’ve received incredible feedback from them.

“I was able to move into supported housing because you cared, and you kept me sane when no one else did.”

“I always wonder how you are doing. Here’s my number. Call me whenever you want.”

A relative sent me an email also:

“My daughter [a former client] was found dead in her apartment last month. No one checked on her when I asked. I had to call the NYPD. I want to say, that you were the only one who helped her during her time at your agency. I sensed your professionalism right away. Thank you.“

If the attitude of ‘peerness’ enhances our professionalism, can this sentiment be upheld by clinicians?

For my social work internship during graduate school, I was assigned to a different branch of my same housing agency in Queens. I worked at a group home residence, where folks had mental illness and developmental disabilities (DD). About 20 people lived there, and the place was staffed 24/7 by counselors and administrative staff. I offered therapy to three people and also ran a group session. I treated everyone respectfully, and people received me well.

Yet, the place was profoundly unsafe, and my empathy caused me much grief. During my third week, I witnessed a traumatic assault between two residents. My female client complained loudly that a male resident raped her. (He had exposed himself to her a few days earlier.) While I was offering therapy, the guy overheard our conversation and snapped. He lunged into the office and began beating her up, and she fought back. The woman was tall and incredibly strong; she did powerlifting in earlier days.

Chairs flew around, and I called 911 in the very same room as I watched them fight. The woman ended up on the floor, unconscious, with the guy on top of her, his fist in the air, wailing down punches to her face several times. I was shaken. The other intern cried. Eight cops arrived, and the aggressor and the woman were both taken to the hospital in separate ambulances. Within two days, they returned to the group home residence as if nothing happened.

As I learned more about peoples’ histories, I realized that group home residences provided legal protection. They helped people avoid being arrested and thrown into jail. One of my clients directly benefitted from this, given that he had a history of sexual offenses. For this reason alone, he appreciated his living arrangement.

Yet, I was constantly reminded of the assault whenever I saw my female client. Her left eyeball was blood red for a month, and the scars on her face remained after that. When I talked to my internship supervisor about my concern, it just seemed like business as usual with her. She had a glassy eye and an inappropriate smile. My resentment towards her flippancy never went away throughout my 15-month internship.

Lack of safety abounded in these residents’ lives. Their building was one of several group home residences, all in near vicinity from one another, all serving clients with mental illness. Although not as rampant in my house, many residents in other places used drugs like K2 and crack. There was money-lending and cheap prostitution, and dating in general was rife with drama and danger. Everyone lived on $32 a week.

For my internship, I wrote an eloquent Process Recording every week. My reports included verbatim conversations I had with clients, alongside internal thoughts that occurred to me as I offered services. When my supervisor analyzed these reports, she criticized me for changing topics frequently. Focusing on a singular topic enables a person to delve more deeply into a facet of themselves. This is more beneficial to…emotional healing?

Her advice was problematic. Given that my clients had DD, they were cognitively unable to focus on a single topic and reflect. Often, they were limited to single sentences to express complex feelings. Because DD directly affects a person’s ability to retain new information, teaching coping skills was not practical. Forcing them to fixate on something only confused them, and they would change topics in conversation. The best I could do was establish good rapport, yet my supervisor perceived this to be more “peer” than the clinician. For my final evaluation, she only graded my performance as “satisfactory.”

As I reflect on my internship experience, I realize that the supported housing system is utterly broken. The spirits of residents are crushed, and they are subject to much danger. Workers either become traumatized or develop boredom that makes them sociopathically numb to the pain of the people they serve.

For decades, we mental health advocates across the United States have demanded the expansion of supportive housing, appealing to politicians and government offices. Housing provides stability for basic needs, allowing folks to then work on personal goals that facilitate more remarkable recovery and healing.

Yet on the front-lines, I see that access to housing does not necessarily correlate to an improved quality of life. As advocates, we must demand more than physical housing. We must demand dignity. 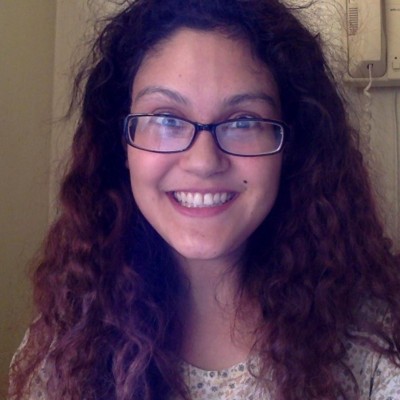