What are Human Rights?

First conceptualized by Hanna Arendt, Human Rights translates into “the right to have rights.” Such a straightforward definition but profoundly significant. Hanna’s language explains the study of Law called Jus Naturalis directly and objectively.

Natural Law, or Jus Naturalis, is the collection of norms acquired by the human being, instinctively, emerging at birth. These are values ​​that differentiate humans from other animals. These make humans unique, and that, above all, gives humans their identity.

Under the auspices of Psychoanalysis, the collection of norms is the Super Ego. Super Ego is the mechanism of the human psyche responsible for storing the ethical-moral values ​and comprise the individual or independent person. Everyone knows not to kill or steal, for example. These are rules of Natural Law.

Natural Law affirms the sense of Justice to be innate, inherent to the human being. Over the years, this sense has been refined and dressed in what we call Law with intellectual maturity. The Law is a complex science with sophisticated details, not mastered by most people.

Law and Justice are not synonymous. And while people do not have the Law in mind at all times, people exercise a sense of judgment throughout their waking day, establishing what is fair and unfair.

Human Rights are fundamental for constructing people’s barometer around Justice. Regardless of the level of education, all people have values ​​rooted in Natural Law. After all, this is where their sense of Justice emerged initially as Positive Law. The knowledge and understanding of Natural Law is the point of departure for Justice. The converse, or non-observance, is where Injustice and trauma enter the picture.

The individual faced with Injustice must have a representative of the State. The agent, or lawyer, needs to be fully aware of the concepts of Natural Law, so violators of rights are not more protected than victims.

The individual, throughout his life, and history will encounter the Justice system at some point. Therefore, the justice system, the workers, and state agents who manage it must have a firm understanding of Human Rights. The example of respect must come from those who constitute public bodies and private companies.

Social media and networks should reinforce the importance of bolstering human rights. In response, public agents must seek constant qualification, in the most varied areas, with particular attention to the humanitarian field to build a better society.

We need more training and educational policies for public agents. Human Rights must be a part of their education and the main subject studied. Preparation must be ongoing and continuous so that the agents can attend to any occurrence, always respecting people and knowing how to treat each one according to their individuality, but in all cases, attentive to Natural Rights, safeguarding people’s physical and psychological integrity.

In a more humanized country, people will experience a drastically reduced number of traumas caused by government agents against individuals in the medium term. The reduction of trauma is not just on the level of the individual or ‘micro’ group.

Upon further belief and credibility, people will observe a better relationship between public agencies and the population in general. The feeling of Injustice is exchanged for the impression of respect, also changing the citizen’s behavior towards their leaders.

For all these reasons, the laws of the Democratic State need to be congruent in terms of the relationship between people (both public and private entities). These laws must be guided by respect, never by fear or trauma. 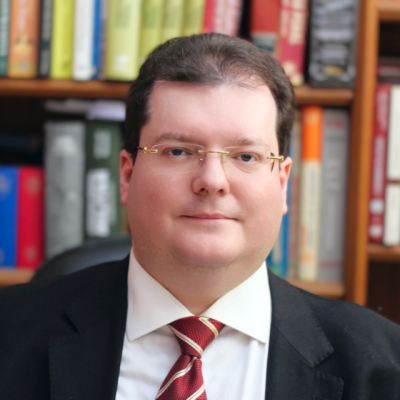