Today’s peer professionals in mental health care systems share a similar psychological bend with the Jewish Ghetto Police or Jüdische Ghetto-Polizei. This unit was an auxiliary police force organized within the Jewish ghettos of Nazi-occupied Eastern Europe. Members of the police force appointed by the Judenrat, local offices operated by high ranking members of the Jewish community under the auspices of the Nazi Office for Jewish Affairs.

Inside the Ghetto, the Jüdische & the Judennat:

As the war raged on, conditions in the ghettos worsened. Before the ultimate liquidation of the Ghetto was a rich history of collaboration, resistance, crime, & the instinctual survival of the Jewish people. Conditions in the Ghetto, similar to the first U.S operated state-run hospitals were deplorable. The calories of Jewish residents in the Ghetto reduced the calories of Jews to the basic human requirements to maintain metabolic processes, aka life. Disease, rape, medical experimentation, and the confinement of an entire population fated to be locked away & isolated from the world at large was only the beginning of the nightmares shared by the Jews & Psychiatric survivors of the past.

The Ghetto, home to millions of Jews during the war, was, in fact, no more than a tiny section of carved out areas of Eastern Europe’s impoverished urban centers which, like many state hospitals, were grossly overcrowded and usually, on an architectural level, poorly built and maintained. The birth of the Ghetto spawned, in turn, the Jewish police. A unit that ultimately helped facilitate the carrying out of the final solution: the extermination of the Jewish people of Europe. Before the end of the war, the Ghetto’s evacuation is history that pits the survival of the Jewish people with the collaboration of Nazi oppression & genocide.

The Survival of the Jews versus Complicity with Nazi Genocide:

What would you do to survive in a reality that has condemned you to death? The psychology of survival has been studied by psychologists and psychiatrists for almost a century now. The 1930’s & 40’s point towards the inexhaustible & transcendental drive of oppressed people to survive in un-live-able conditions. The ghetto signals that the Jewish people & psychiatric survivors are no stranger to this phenomenon. Complicity with inhuman systems of care and governments designed to oppress populations, even kill them, if not with medical experimentation, then with living conditions incapable of supporting essential life functions is an ethical slippery slope.

How far would you go to be complicit with evil & your fellow peers’ oppression if it meant their ultimate survival in a world or from the organization that mistreats them? The question that so many Jewish ghetto police dealt with when accepting appointments by the Judenrat and the modern peer’s struggle when taking positions in mental health agencies in the U.S. People will ultimately internalize oppression to survive. Changing this paradigm will mean harnessing a deeper understanding of our history and the shared pressure of all populations subjugated and marginalized by evil regimes and those that abuse power everywhere. 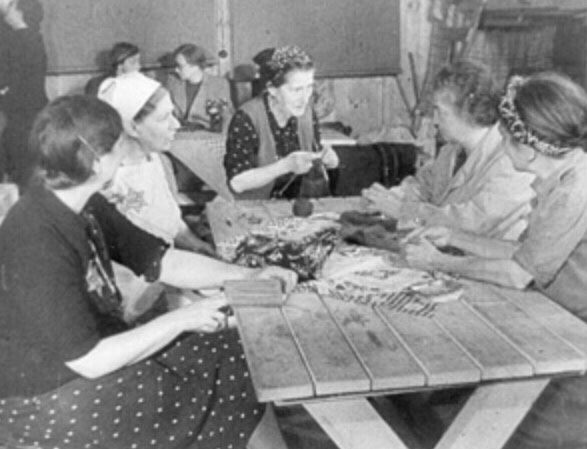 In the U.S, similar to Nazi-occupied Germany & Eastern Europe, state-run mental health departments have a long way to go before their barbaric history becomes overshadowed by humane treatment.

In the 1944 propaganda film: The Fuhrer Gives A City to the Jews, shot in a functional concentration camp, Jews are portrayed in a cinematic hoax to be happy in the Nazi death factory. There is an old expression: working the system despite the system. The expression suggests people can work within a system that requires change & reform for the very purpose of transforming it. During the age of the Ghetto, the Jewish people had the minimal choice but to be complicit to survive during the holocaust.

Today’s peers have been given programs from their respective state mental health offices. What will be the fate of the peer movement & these programs be? Will today’s peers, similar to the Jewish police, make ethical concessions to survive in mental health care systems, or will their fate be different? 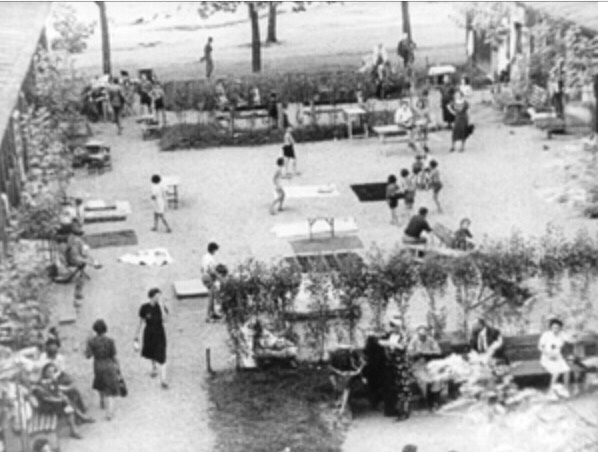 Max Guttman '08, MSW '12, is the owner of Recovery Now, a private mental health practice. Through his work as a Licensed Clinical Social Worker, therapist and disability rights advocate, Max fights for those without a voice in various New York City care systems. He received a 2020 Bearcats of the Last Decade 10 Under 10 award from the Binghamton University Alumni Association. Guttman treats clients with anxiety and depression, but specializes in issues related to psychosis or schizoaffective spectrum disorders. He frequently writes on his lived experiences with schizophrenia. "I knew my illness was so complex that I’d need a professional understanding of its treatment to gain any real momentum in recovery," Guttman says. "After undergraduate school and the onset of my illness, I evaluated different graduate programs that could serve as a career and mechanism to guide and direct my self-care. After experiencing the helping hand of my social worker and therapist right after my 'break,' I chose social work education because of its robust skill set and foundation of knowledge I needed to heal and help others." "In a world of increasing tragedy, we should help people learn from our lived experiences. My experience brings humility, authenticity and candidness to my practice. People genuinely appreciate candidness when it comes to their health and recovery. Humility provides space for mistakes and appraisal of progress. I thank my lived experience for contributing to a more egalitarian therapeutic experience for my clients."