In the battle of maintaining mental health, unique tools may be needed when desperate times call for them. Understanding what tools are needed for specific circumstances can make the difference that keeps life from falling apart.

In terms of adjusting, complex mental health conditions such as schizoaffective are complicated by physical ailments such as a brain injury. In this circumstance, the therapist may utilize specific tools to simplify the person’s life and allow for functioning to run more smoothly.

Although I have had my brain injury for nearly 14 years, I find that maintaining my presence in speech therapy once yearly can help to keep me from slipping too far into the maze of disorganization.

Speech therapy is probably better known for children, but speech therapy for adults can help adults with speech, language, and cognitive-communication (www.healthline.com).

I initially needed speech therapy at the hospital following my physical recovery. Still, I went for close to ten years after my hospital discharge before anyone determined that I needed speech therapy again. Yet, the main push that made neuropsychological evaluation necessary was acquiring more independent living after eight years of group home living—the results of this evaluation, in turn, allowed for a speech therapy script from my neurologist. In turn, a neurologist was assigned to my team because of an overnight emergency room visit resulting from dizziness.

The neurologist initially prescribed for dizziness and speech therapy due to other conditions evaluated by my neurologist. Once I was in speech therapy, tools were used, such as flashcards, to help me form word associations better. The treatment team heavily emphasized the pragmatic re-organization of objects in my room. The team and I determined that thinking would be made more apparent through a more structured environment.

Speech therapy alone was not an automatic cure-all to my disorganization and trouble structuring my life. Thankfully, with the combined approaches in therapy, my skills at cooking, shopping, and organizing my living space only continued to improve dramatically.

The speech therapist provided tips for forming a grocery list and provided quizzes in memory and cognition that I found especially difficult.

Therapy helped my independence progress to my current situation. I am now living in a residential neighborhood.

These were some tough times that highlighted the need for speech therapy. At the time of my neuropsychological evaluation in 2016, my concentration, memory, and ability to form complete sentences were in slipshod condition. Some of this may have been affected by my schizoaffective disease, but my traumatic brain injury allowed for a speech therapy script.

The intensive Speech therapy at a rehabilitative agency assisted with my speaking. With time and careful and comprehensive work, the very structure and semblance of the order became more visible in my apartment and living situation.

Communication is critical in complex case and care management due to .my brain injury’s complexity. Without question, I had a more challenging time living up to the standards needed to survive in the treatment apartment system. Yet the only way anyone ever understood I needed a neurologist Is because I spent a night in the medical emergency room. Yet I had complained Of dizziness for years. If my TBI condition was this serious, then why did no one ever consider that some of my problems could have resulted from this?

The reason for this quick shift out of the brain injury rehab unit was the insurance running out. However, being given more time for recuperating would have helped things move along so much better. At the very least better communication from one level of care to another could have ensured that the transition to independence would have been smoother.

Yet as taught by my counselor, gratitude for my present situation helps offset additional mistakes. However, I do know that in my position, more than feel-good coping skills. Ultimately, I think this is the case for the mental health system—greater awareness of a whole person, which will allow for smoother transitions and more minor crises. 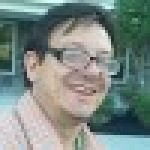