Photo by JESSICA TICOZZELLI on Pexels.com

Photo by Drigo Diniz on Pexels.com

Photo by Matheus Bertelli on Pexels.com

Photo by Andre Mouton on Pexels.com

Below are just a few we all should know, follow and support.

John Green, anxiety, OCD “The Fault in Our Stars”, “Turtles All the Way Down”, a wrenching and revelatory novel providing a window into living in constant fear of your own mind.

Monica A. Coleman, author, “In Not Alone: Reflections on Faith and Depression”, she speaks as minister, woman, friend, professional living with depression. A forty-day devotional displaying experiences of strength, hope, love, and spirit. Another book, Bipolar Faith, discloses her trauma, depression, and the threat of death.

Mental Health Professionals with Mental Illness who Spoke Out:

Researchers found that 49% of entrepreneurs surveyed deal with at least one mental illness and about one third struggle with 2 or more issues. Only about 32% of adults in the U.S. report diagnosis with one or more illness.

Dennis C. Miller, bipolar disorder, former CEO of Somerset Medical Center and Healthcare Foundation. Without this disorder, believes he would not have been successful. Author, Moppin’ Floors to CEO: From Hopelessness and Failure to Happiness and Success. A leadership coach for many CEOs,

Dr. Indigo Triplett, Military veteran, diagnosed with bipolar disorder, 2013. CEO of Careers in Transition Inc., founder of Indigo Insights, a nonprofit providing mental healing by nourishing the spirit and mind of those challenged by life’s journey. She is also the author of a 2014 book about her experiences, with bipolar disorder,  Dueling Dragons: A Bipolar Journey from Darkness into the Light.

Paul Orfalea, founder, Kinko’s. Book Copy This!: Lessons from a Hyperactive Dyslexic who Turned a Bright Idea Into One of America’s Best Companies, discusses the many struggles he faced in school, college and running his business. Never received high grades. Never top his class. Began selling pencils, paper out of college dorm.

Thom Hartmann, author of “The Edison Gene: ADHD and the Gift of the Hunter Child.” “My supposed “disorder” led me to create Spartan, the Spartan Up Podcast, and the SpartanX Leadership Forum.”

Damien Hooper-Campbell, 40, undiagnosed with ADHD until mid-20s. Chief diversity officer, eBay.  Pointedly discusses about reducing the stigma for others. “It’s ok to be open. That level of vulnerability helps others to be open. And those with learning disabilities have often suffered in silence and tried to cover for it. Now I intentionally talk about it.”

Some Celebrities Revealing Their Mental Illness. Helping Others Find Courage

Maurice Benard, Plays a family man and crime family boss, making people disappear, born in Martinez, California, is of Salvadorian and Nicaraguan ethnicity, was diagnosed with bipolar disorder at age 22. As General Hospital’s Michael “Sonny” Corinthos, Jr., he had the writer’s incorporate his mental illness into the character and has become a spokesperson for treatment of the disorder with the Mental Health America.  He is active on Facebook discussing his personal anxiety issues via YouTube. His newly released auto biography, entitled, Nothing General About It, also has an audio version.

Glenn Close Founded, Bring Change to Mind (https://bringchange2mind.org/). Goal: to end stigma and discrimination. Her nephew has schizophrenia; her sister, bipolar disorder. “The biggest majority of people living with mental illness are more preyed upon than preying upon. But it does seem to be that somebody who does one of these terrible acts is suffering from some sort of mental disorder.” 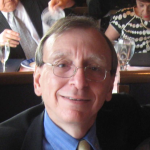 He writes freelance for various publications and also works part-time at the New Rochelle Public Library and at St. Vincent’s Psychiatric Hospital in Harrison, N.Y. where he receives therapy, works with other consumers and gives orientation classes on the patient’s perspective of mental illness for new employees.