From 1988 to 2015, twenty eight years straight, I believed that there was something wrong with me.

That is why I took all the pills; to make me better. That’s why in 2006, I  sought out a therapist after more than a ten-year break. That’s why in 2007, I attended and graduated from the first Certified Peer Specialist training in the Commonwealth of Massachusetts. That’s why in 2011, I decided to begin telling the world my story publicly, anywhere and everywhere, to anyone who would listen. I have since spoken in 40 countries.

I wanted to be an equal and contributing member of society. The only way for me to have this be a reality is to fight for it. Why? Because the fact that I exist, that I survived and  live, love and thrive; this fact is a big problem for all the systems who have a defined purpose for helping people like me. I got better when I escaped the system that was forced upon me. This is not what “mental health awareness” and “advocacy” is interested in supporting, however, the lack of support has made me a particularly confident warrior-survivor during these unprecedentedly challenging times we are all collectively living in.

In the lead up to being psychiatrised in 1988, my parents went to great lengths to find something wrong with me that they could document. In May of 1986, after numerous hours of being tested, I went to the restroom and Bill Cosby was at the sink, washing his hands. Call me crazy but I thought this was odd. Upon returning to the waiting room, I told my father that I saw Bill Cosby in the bathroom. There was a woman also sitting in the waiting room. She confirmed that it was Bill Cosby, her husband, and I asked if I could ask him for his autograph,  when he returned; and I did and he obliged. I remember the moment my father stood up and shook his hand; and invited Bill to my Bar Mitzvah, occuring a few weeks later.

Interesting that Bill Cosby is now in jail especially considering that years after successfully giving my Haftorah, the Cantor (Hazzan) of our Synagogue, Robert Sharpiro, was convicted of raping one of the congregants, as she was mentally incapacitated and living long term in a nursing home. Hazzan Sharpiro did not go to prison. My mother brought him her delicious home cooked treats while he was on house arrest. I wanted to eat her delicious home cooked treats.  As if this was not enough, shortly after meeting Bill Cosby, I met and shook the hand of the now current Prime Minister of Israel, Benjamin Netanyahu, in front of Hazzan Shapiro’s office, with my mother facilitating the introduction. A few years later, my mother told me she was pen pals with some men in prison for rape and sexual assault, because they were Jewish and because they were Jewish, she would not abandon them no matter what they did. In the spring of 1991, I had plastic surgery at Mount Auburn Hospital, for the purpose of repairing my body from the sexual damage I incurred while locked in a treatment facility. Most mothers do not go out of their way to hurt their children; mine did.

Did this paragraph make you feel sick?

Please be kind to me; I have been through a lot.

In 2007, after making a fateful decision that I would try one last time to make my life better, or I would kill myself; I was Certified as a Peer Specialist, granted the blessing and gift of using my lived experiences with mental health challenges and trauma, to benefit others like me. This was the best thing that happened in my life up to that point in time. The moment I received the phone call telling me I had been accepted into the training; I cried tears of joy and hope. I recall the gorgeous emotions as I am writing these words because I lived it, I loved it and I breathed it. At that point of my life, this was my proudest moment.

Amazingly, the 300 hour internship that I was required to complete resulted in the development of the Better Days Workbook, with its humble beginnings as a peer support group format. This book ended up providing a future for me in defiance of everything else that I had faced and was facing. Miraculously this occurred, as Better Days was never intended to be a published book.

In 2013,  while working for the Department of Mental Health, in Boston, as a handpicked consultant hired to create a new program and paid via a private grant in memory of a young man who had taken his life, I went through the process of obtaining my adolescent mental health records. I was also being vetted by the Department of Mental Health to train their employees throughout the state in the Better Days curriculum. Ultimately, I was hired to be a trainer and gave one three hour training in the Southeast Massachusetts region. The training received excellent reviews from those who registered and attended. I still have the evaluation summary. I suppose it was not so easy for DMH to have me as an employee after providing me the documents that stated I was inappropriately treated with 40 medications for symptoms that were documented by people still employed by DMH, that I never had. They knew since I was a child that I was being given medications for symptoms that I did not have. It was at this time that my then Psychiatrists at Boston Medical Center, informed me that if I did not stop taking Psychiatric medication that I would never get better. I told them they were crazy; turns out they were correct.

As an unexpected twist, in 2016, while researching my story, a co-writer who told me that my memoir would sell six million copies, found out who the Psychiatrist was via Google; and shortly after he ceased contact with me. In the documents provided to me by my then employer, the Massachusetts Department of Mental Health, a note written by a clinician documented a phone call in which my mother  has called and threatened the Psychiatrist treating me at the facility with a lawsuit if he did not change my medical record to state that I had mental illness, despite his initial opinion that i was not symptomatic and in fact, that my parents were not well, just like those before him believed. He caved in and changed my medical file to state I was symptomatic. Leaving me no chance at a “normal” life.

In 1975, when I was 2 years old, Dr. Eugene Cacciola was a defendant in a United States Supreme Court case brought by Psychiatric Survivor activist Ruby Rogers. Dr. Cacciola was one of the Doctors who hurt Ruby, according to Ruby, at Boston City Hospital. Ultimately, Dr. Cacciola and the entire team were not found guilty. The outcome of the case, after it was sent back to the Massachusetts State Supreme Court, was that patients in a Psychiatric Hospital had the right to refuse treatment and be granted a competency hearing. As it turned out, I was deemed mentally ill and treated for it by a Doctor who should have known better than any Psychiatrist in the United States, what was both the legally and ethically correct action to take; neither of which were granted to  the innocent 15 year old abuse victim he called his patient.

On May 1, 2015, after 28 years and a tapering process,  I stopped taking Psychiatric Medication. It has now been nearly six years.

As you may have imagined, my life burned to the ground.

I also found that I like who I am. That is the result of radical healing.

What we older school punks call “Rad” (on the west coast), we call “Wicked” on the best coast.

Welcome to Rad Mental Health or better yet; Wicked Healing.

If my story makes your heart swell; make contact and ask how I can benefit you and those you care about, love and work with. 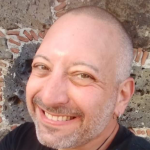 I’m 46 years old going on 23. I live in Mexico because I choose to be happy. I authored several books on recovery & healing; & I’m preparing to publish several more. I believe in liberty, truth, justice & radical human-powered transformation. I’m a rebel & I proudly wear my colors on my sleeve. I have survived a tragically abusive & marginalized life & thus, I fearlessly act in solidarity with the “others”. My desire is to be a benefit to all people who seek to heal & help others heal. I live, love & thrive, in the present moment; it’s a good life.