Vitor Sallys Story according to his sister Vitoria Sallys

Brazil has lost its Humanity in the Era of Fascism. Fake news and lies now persist while the vulnerable die by execution, torture, electric shock, and all kind of aggression, physical and psychological, inside psychiatric institutions and so-called Therapeutic Clinics.

Vitor Vinicius Sally was a Brazilian 21-year-old gay man who needed help and support with his many emotional and psychological issues. He Struggles constantly with his sexual orientation because of society’s hatred, ignorance, pressure, and discrimination against gay people. Vitor kept to himself his feelings and fell into substance addiction. His sister told me Vitor’s life history. She told me how Vitor’s death happened. The family is seeking justice, and I am advocating for Vitor’s and his family. They want justice, all involved in Vitor’s death should be held accountable for participating in this heinous crime.

According to Brazilian law 10.216 of 2001, the mental health system brutally violated Vitor’s rights. They neither protect nor respect the law forbids any ill-treatment, action, and discrimination against a person with a behavioral mental health diagnosis. Law 10.216 of 2001 prohibits institutions and individuals from acting or discriminate against people with a history of mental illness. There is also another Brazilian law, 7.716 of January 05 of 1989, that guarantees Vitor’s rights which states that under this law, all crimes resulting from discrimination based on race, religion, ethnicity, prejudice against sexual orientation, and homophobic practice. These two laws did not protect Vitor’s life and neither his rights as a vulnerable person. These violations are punishable by two years in prison.

Five years ago, young Vitor Vinicius Sally’s mother had to commit him to a psychiatric institution for drug misuses treatment, Nina Rodrigues hospital of Sao Luis, MA. After three days in the Nina Rodrigues Hospital, he was transferred into the Neuropsychiatry clinic of São Francisco. Right after Vitor and his mother arrived at the Sao Francisco Clinic, the clinic’s psychiatrist and a nurse told Vitor’s mother that she could not stay with her son and that her presence in the facility would only interfere with his recovery. However, the clinic staff told the Victim’s mother that she could come back to visit him after 15 days.

Vitor’s mother could not wait 15 days to see her son, so she went to the clinic several times to see her son, she tried to look at him even if was from a distance, but her effort was in vain she was never able to see him because the clinic staff would not allow her to see her son. They refused to let her in to see him. After 15 days, Vitor’s mother returned to the clinic. Upon arriving there, one of the nurses said it would not be possible for her to visit her son because, according to them, Vitor was doing very well, and he even gained some pounds. He has even become a little bit chubby. If she saw him, she would be interfering with her’s son treatment and recovery.

Vitor’s mother did not give up seeing her son, so she walked around the clinic outside to see if she could see Vitor, but unfortunately, all her effort was in vain. Again, she couldn’t see Vitor. Three more days passed in a total of 18 days that he had been in Sao Francisco Clinics. The Victim’s sister said, “They called our neighbor saying that my brother was very sick at the hospital of Socorro II. Saying that he had pneumonia, they fabricated all kinds of lies to justify their crimes.”

When the Victim’s mother arrived at the public hospital Socorrao II, in the emergency room, “everyone there was already aware that she was the mother of the boy who had was admitted there already lifeless. They tried to make a fool of my mother. When she arrived at the hospital around 6:30 pm, they all denied that he was there. Only around 10-pm did my mother locate my brother’s body”.

“The nurse tried to brainwash my mother’s head, telling lies after lies after lies about my brother’s condition. She even told my mother that my brother had been involved in a fight with the other patients. She also said that my brother had suffered two cardiac arrests. He had died of pneumonia. She then said that the hospital had done everything they could to save my brother’s life, telling my mother that he had been in the ICU, the operating room, then in the infirmary. After that, he passed away.

My brother’s body was badly beaten with black eyes, broken nose, broken teeth, broken ribs, one arm broke, the other arm was purple with electric shocks from top to bottom, his toenails were ripped off, his private parts full of marks of electric shocks. My mom said that “his head looks like that was a smash because it was all sawed up with stitches.” My mother said that he already had a rotten smell. They couldn’t even say that he was already dead when he was admitted to the hospital.

“We buried Vitor”, said his sister, “We gave interviews to all the newspapers in the state of Maranhao. We held a demonstration in front of this clinic. While we were doing the protest, my mother could come in to talk to the psychiatrist who admitted my brother. The first day that he got into the clinic before her son was killed. My aunt came in and spoke to her. The other clinic staff told their version about what had happened to Vitor.

“The psychiatrist even had the nerve to say to my mother and my aunt they were silly and dramatic about Vitor’s death. The psychiatrist of Sao Francisco Clinics said that “Whatever they were doing would not bring Vitor back from the dead.” Vitor’s mother replied to the psychiatrist, saying, ‘No matter what happened inside the clinic, that was not a justification or reason to rip his toenails, electrocuted his private parts, break his ribs, break his teeth, his arms and head’. Vitor did not deserve to die, and even worse the mental health system dehumanized him in the ways his body was left and what was done to him. After the brief conversation, the psychiatrist told Vitor’s mother, ‘Oh, but he was gay, and he had HIV.’ She was implying that what they did to him was because he was gay.”

Vitor’s sister asked me if this was why they tortured him. Did they do that to his body because he was gay, and he had HIV?

“Is that really the reason why they kill my brother? These were no reasons for the clinic’s staff to mutilate his body and electrocuted his private parts for any reason? They killed him and they never gave us the test with the AIDS results. I don’t even know if he had HIV. Now I wonder what about the others who suffered there and the others who are still at risk of losing their lives inside that clinic. Will they die too?

“You know, various former Sao Francisco Clinic’s staff, after Vitor’s death, came by to our home and told us that the patients in the clinic are denied food, water, clothes, they sleep on the floor, and women are full of lice. They let the patients have intercourse with the male participants. They beat the patients. There is no breakfast, only coffee in the morning for everyone. There are no female personal hygiene products. Everything is dirty. There are no mattresses, so the patients sleep on the cold floors. When they asked to speak with their families, the Clinic staff would not allow them to make a phone call.

“According to former staff of the Sao Francisco Clinic of Neuropsychiatric, the patients in the clinic are mistreated and dehumanized by the institution. Vitor’s family stated that during the demonstration, for justice, some of the clinic staff were leaving the facility with attitudes that indicated no remorse for what they had done to Vitor. Upon leaving the clinic’s grounds, the psychiatrist who looked at Vitor’s mother and threw a kiss over her shoulders and started to smile at Claudineide Sallys.” Vitoria said, “It looks like she was mocking our pain.”

Vitoria told me that while her brother was hospitalized in the Sao Francisco Clinic, “My mother would take fruit, clothes, a towel, toiletries, a new slipper, for her brother, but he never got any of these items. And yet, he still died in an old slipper with a hairpin underneath.” She explained to me that “the lawyer we had handling Vitor’s case, he initially was interested and told us that would be easy to win my brother’s case.

“However, suddenly, the lawyer went missing for about a year. Later, he showed up and told us that Vitor’s case was not a winning case. To make things worse, we didn’t have any more news about Vitor’s medical report that was supposed to get in a month. We could only get it after a year. Vitor’s horrifying death in the medical reports only states that his violent death was only bacterial pneumonia.”

Vitor’s sister says, “My brother had suffered so much while he was alive. He was humiliated and tortured. To make things worse, they only delivered his body to us in states of putrefaction. Yet, they are still claiming that he had just died in the emergency room. He was being beaten day and night and killed as the result of these beatings, he was tortured to death, and nobody helped us get justice.

“The Socorro staff and the media later had the nerve to tell us that Vitor passed away from an acute infection and did not explain his broken body and the signs of torture. Some former clinic staff told us that inside this Sao Francisco clinic is a hell on earth, and they asked not to mention their names as they are afraid of threatens, intimidation, and being murdered.”

Vitoria said that “My mother and I want justice. It’s been five years since Vitor’s death, and nothing has been done about it”.

She mentioned that she could only imagine the ill-treatment inside the clinic in question remains the same as before her brother’s murder. According to her, “These abuses continue to take place daily. The inhumane treatment continues to happen, and nobody has done anything to stop it. My brother was not the first to be killed there. I am quite sure that he will not be the last.” Vitoria says. She tells me that she wants justice to be served. These slaughterhouses shut down for good. To conclude this narration, Vitoria says that “Her brother’s body has gone missing from the place where he was lied to rest. To this day, nobody knows where the body is. The suspicious fall over the Sao Francisco Clinic, but there is no proof (Vitoria).

We all asked these questions:

Why was Vitor tortured to death?

Was it because he was gay?

Was it because they suspected he had HIV? 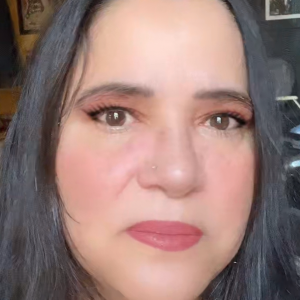 Researcher, Gender Rights Advocate Human Rights activist. Behavior Mental Health worker. I am a natural leader with a thirst for knowledge and exploration of new ideas and challenges. I enjoy empowering others and building strong communities. As a female part of a minority group, I want to use the opportunities I have gained to give back to others. I am passionate about many aspects of human services including but not limited to mental health, gender-based violence prevention, and immigration services.